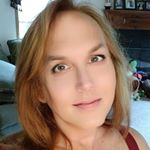 Taylor is a 1997 graduate of SUNY Canton’s Veterinary Technology program where she earned outstanding senior person at Canton and a SUNY Medal of Excellence.  She joined the team at Chittenango Animal Hospital two years later.  In addition to caring for pets in Chittenango, she is also a veterinary technician at the Rosamond Gifford Zoo in Syracuse.  Taylor’s veterinary interests run the gamut of medicine, including diagnostics, surgery and education. 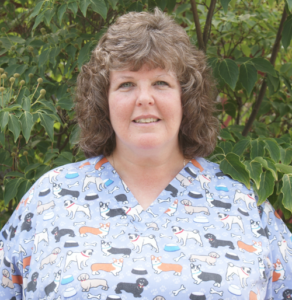 Joyce grew up in Camillus N.Y. and moved to the Fayetteville area in 1990.  She shares her home with her daughter Kaitlynn, their dog MaryAnn, their cat Stephanie and Mark the horse.  Joyce graduated from West Genesee High School, then Canton Agricultural and Technical College in Canton, N.Y. Upon passing the New York State board exam in 1980 she was licensed as a Veterinary Technician.  Joyce has been employed by Chittenango Animal Hospital since 2011.  Joyce’s daughter Kaitlynn is presently pursuing a career in Veterinary Medicine. 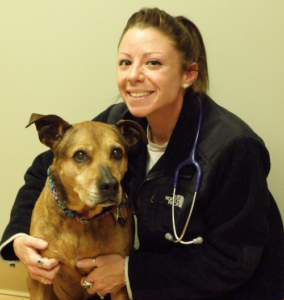 Chrissy started as a Veterinary Assistant at Chittenango Animal Hospital after she graduated with a B.S. from SUNY ESF in 2006.  After 2 years here she worked at a local emergency center and gained experience in many other aspects of Veterinary Medicine.  That led her to St. Petersburg College for her A.S. in Veterinary Science.  In 2013 she came back to Chittenango Animal Hospital as a licensed Veterinary Technician.  In her spare time she loves to be outside with her dog, enjoys camping and riding her dirt bike.

Kim grew up on various horse farms in the Fayetteville, Manlius and Cazenovia areas. She is a 1990 graduate from Northern Virginia Community College in the Veterinary Technology Program.  Her veterinary interests include nursing care and client interaction. Kim joined Chittenango Animal Hospital in October 2019.  Outside of work Kim enjoys her family, pets, the outdoors and reading.